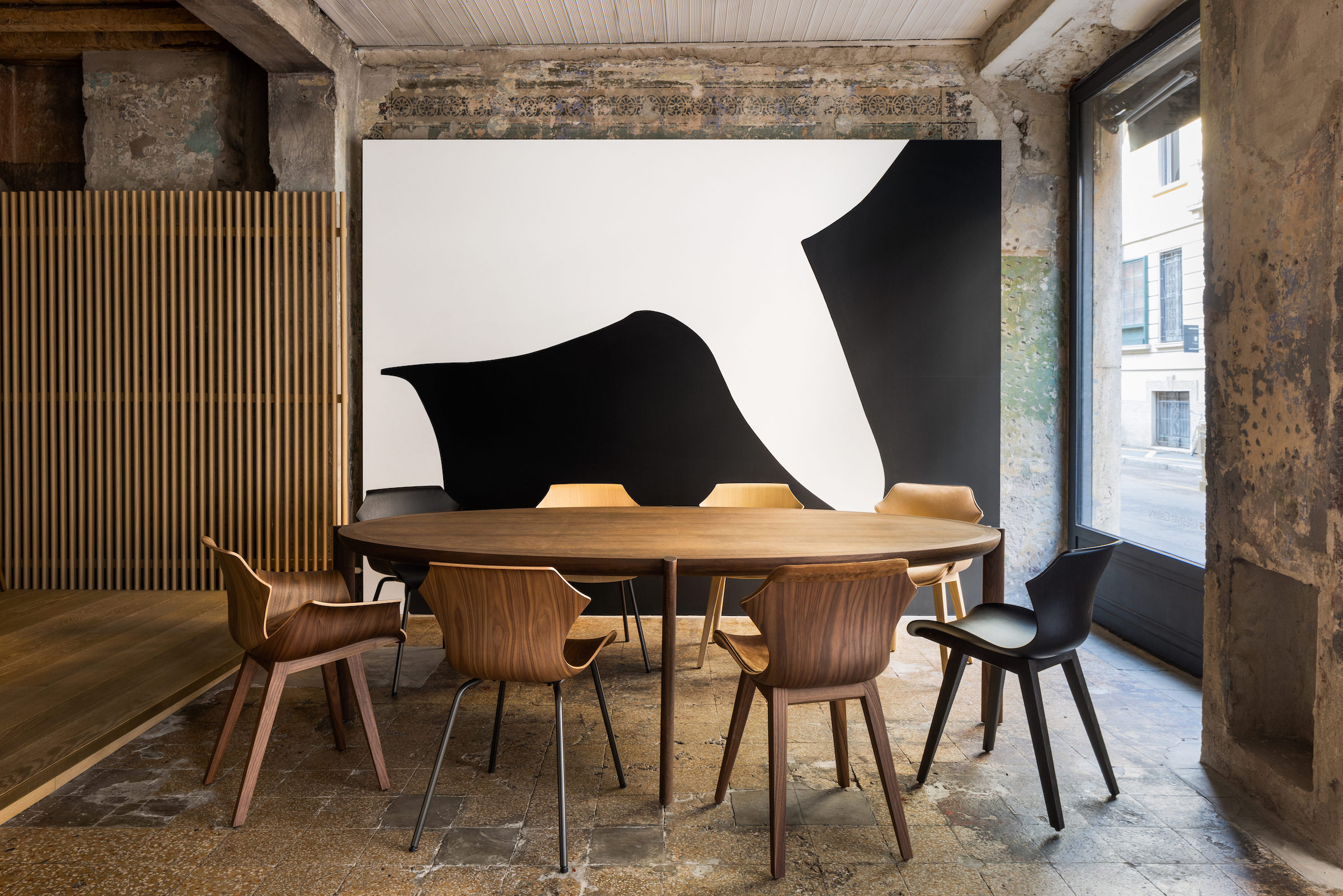 Honoring the Eames experiments & the Saarinen Tulip Chairs that came before it, the BassamFellows Petal chair is the most advanced 3D molded wood veneer chair ever put into commercial production with a range of options including wood grain, height, type of base, with or without leather pads, and so on.

As BassamFellows mentions, “Technology can curb ambition. A designer’s intentions are often compromised by practical limitations as much as financial ones. While the 20th century saw spectacular shapes fashioned out of fiberglass and plastics, creating radical lines from timber was a challenge. You could steam bend, and of course carve, but for industrial production of a design from wood, there were limitations. For certain visionary practitioners, it was their refusal to accept those limitations that contributed to their legacy.”

Faced with material challenges of the time and necessity for quality product at a more affordable price point, Charles and Ray Eames proved that restrictions often produce innovation. Charles’ work for the military – creating leg splints with compound curves to follow the shape of a limb –served as R&D for the now iconic Eames LCW. This was a transcendant moment for not only design in theory, but also in actual production. 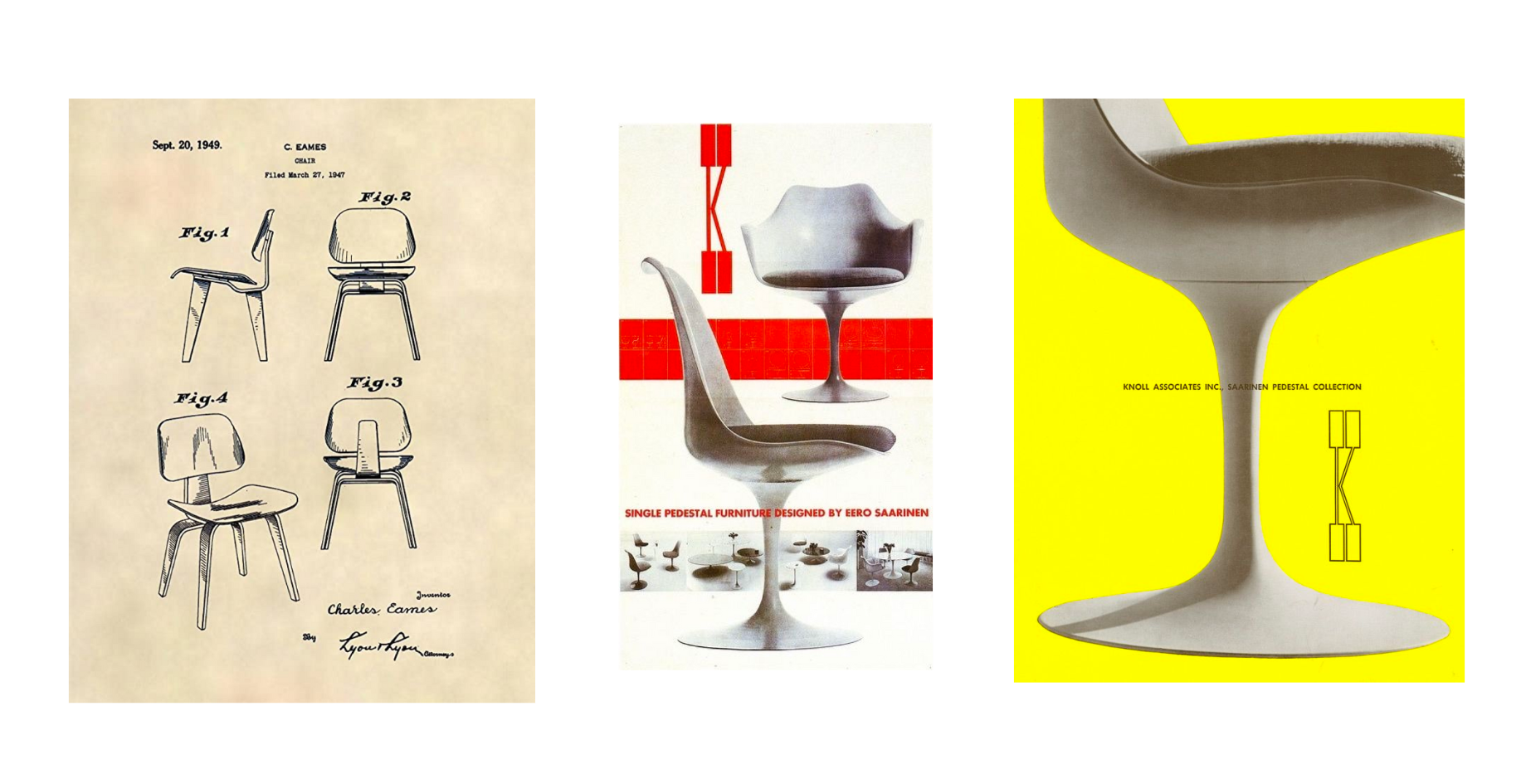 Today, BassamFellows Petal chair goes beyond following in the footsteps of its predecessors, in such a way that would make these very designers proud. “We want to make the best for the most for the least,” Charles Eames said, and so echoing those sentiments, the Petal chair is not only state of the art and environmentally friendly, but also available at a democratic price point.

It’s fitting that the Petal shell is pressed at Davidson Plyforms in Grand Rapids, MI –the same company that has been pressing the Eames’ molded plywood chairs for decades. The Petal is similarly ergonomic and organic-looking, but pushes the boundaries of what’s possible with molding: despite advances in 3D tech, the curvature of the rump of the shell, the waterfall edges and the shape of the arms are all extraordinarily difficult to achieve. And yet, the excitement rests in pushing the boundaries of what is known to be possible and what is to come. 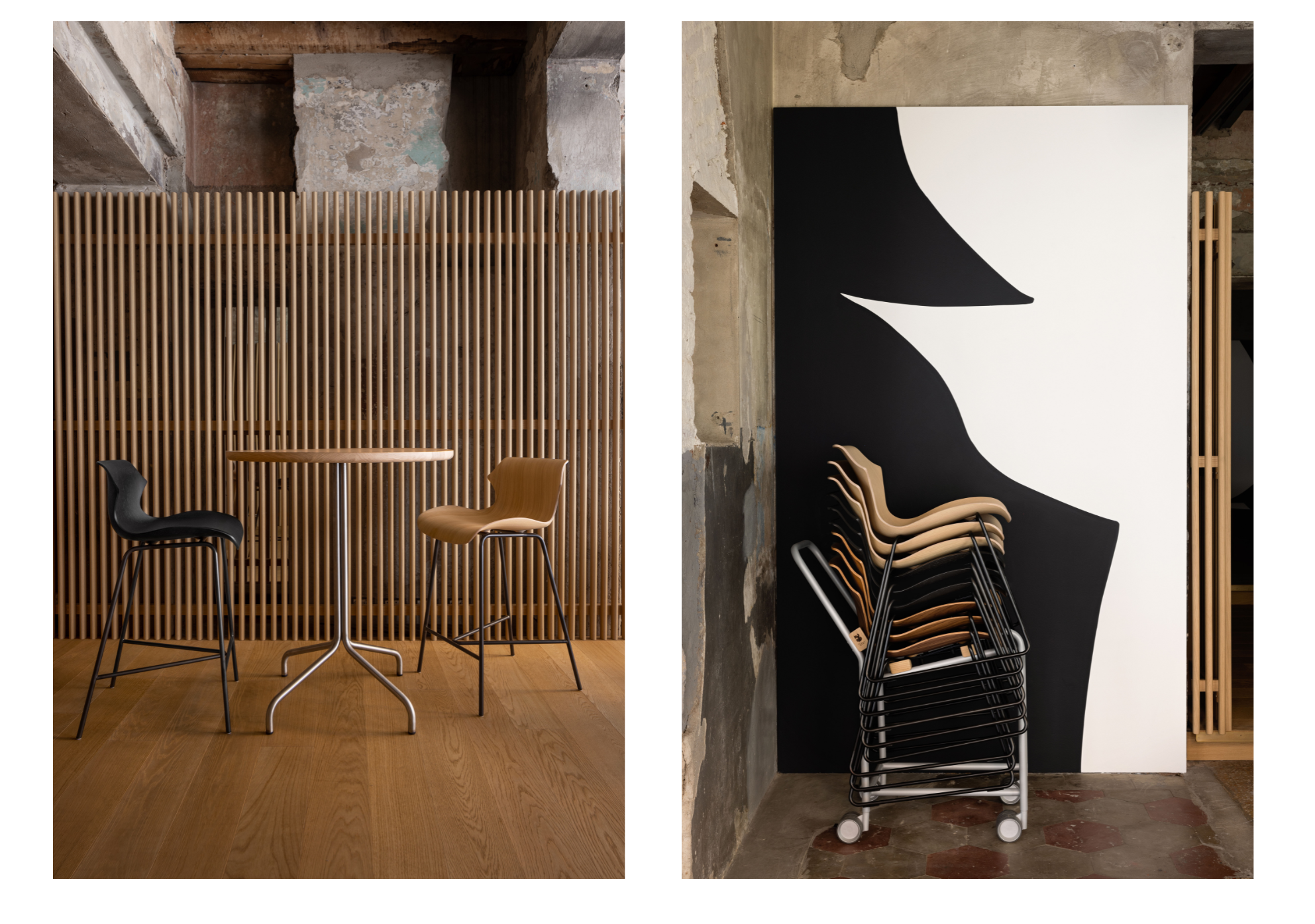